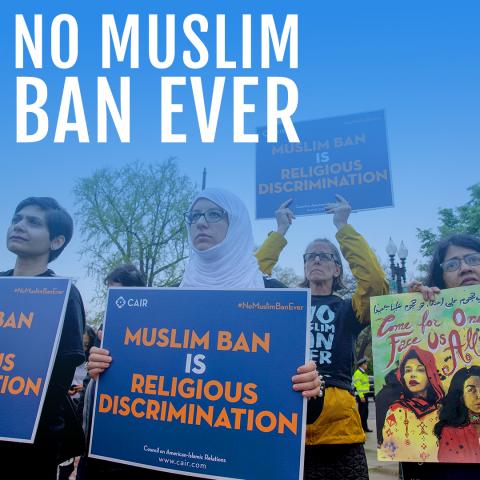 Washington, DC. (June 26, 2018) — The American Relief Coalition for Syria (ARCS), on behalf of its member organizations representing the broader Syrian-American humanitarian community, expresses its disappointment in the Supreme Court’s decision in the Trump v Hawaii case, which has upheld the latest iteration of the executive order commonly known as the Muslim Ban. This decision effectively restricts travel on many visa types for the nationals of seven different countries, including Syria. By upholding the executive order, the Supreme Court’s decision continues recent policies that have alienated many seeking refuge, and prevents Syrians, including those fleeing violence, from finding safety within the United States.

The Syrian crisis is one of the worst in modern history, having produced upwards of 5.6 million refugees. Having host countries willing to resettle these refugees is crucial to saving lives and mitigating the human cost of this crisis. Despite this need, the United States has welcomed only 13 refugees so far in 2018. The executive order not only completely halts any further admittance of refugees from Syria and the other named countries, but also criminalizes Syrians who are seeking shelter from the bombings and chemical weapons attacks in their country. Although this executive order has been upheld by the Supreme Court, the American Relief Coalition for Syria urges the Trump administration to reconsider this policy and continue to allow entry to refugees and other immigrants, both from Syria and the other affected countries.

ARCS is a coalition of secular, non-political, Syrian diaspora led humanitarian organizations that provide multi-sector relief inside of Syria, as well as assistance and services to Syrian refugees in regional host countries and in the United States. Together the efforts of ARCS organizations help millions of Syrians, both those who remain in Syria and those displaced as refugees. To learn more about ARCS, visit ARCSyria.org.